The statutory discovery cutoff in California is 30 days before the trial. Code of Civil Procedure CCP 2024.020 states:

(a) Except as otherwise provided in this chapter, any party shall be entitled as a matter of right to complete discovery proceedings on or before the 30th day, and to have motions concerning discovery heard on or before the 15th day, before the date initially set for the trial of the action.

(b) Except as provided in Section 2024.050, a continuance or postponement of the trial date does not operate to reopen discovery proceedings. 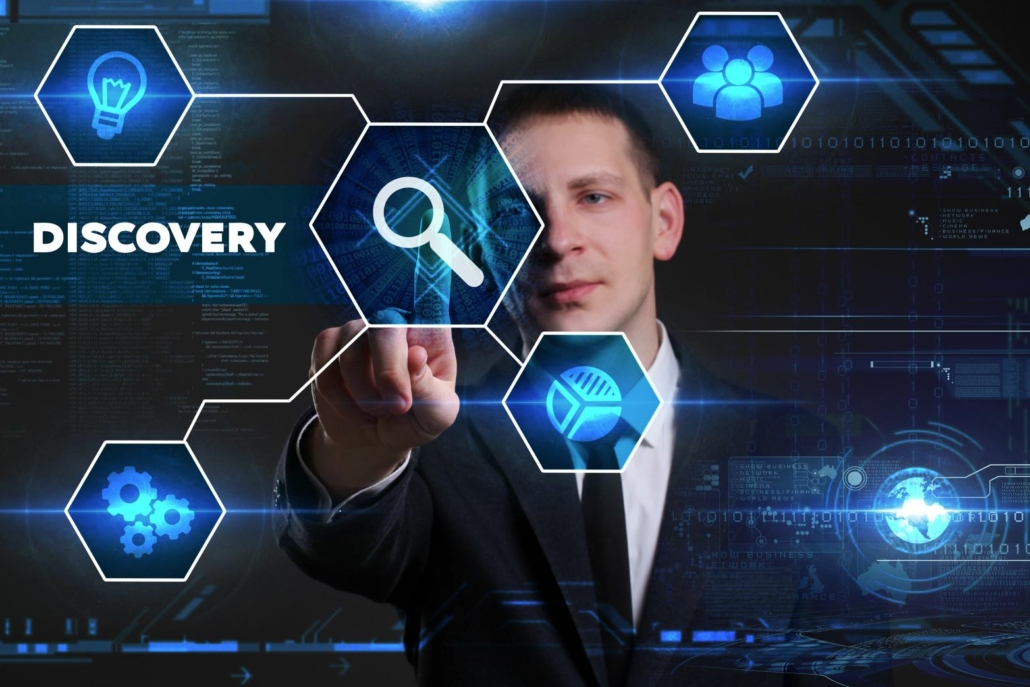 Motion to compel discovery should have been granted where it was served two months before trial was set to begin; under CCP § 2024.020(a), a party did not need to complete discovery until 30 days before the scheduled trial date and was entitled to a hearing on a motion to compel up to 15 days before that date. Kaplan v. Mamelak (Cal. App. 2d Dist. Apr. 29, 2008), 162 Cal. App. 4th 637.

In a postjudgment marital dissolution proceeding, once discovery closes before the initial date set for trial of the action, no provision of law operates to automatically reopen it upon or in connection with the filing of a postjudgment motion, but rather, to secure the right to conduct such discovery, a party must secure the agreement of the other party or must obtain a court order for leave to conduct discovery. Accordingly, because an ex-wife never moved to reopen discovery following the filing of the postjudgment motion on which the evidentiary hearing was set, she was not deprived of any discovery rights by the trial court’s ruling relating to the scope of the issues to be heard. In re Marriage of Boblitt (Cal. App. 3d Dist. Feb. 7, 2014), 223 Cal. App. 4th 1004.

Stay on all “discovery proceedings” as provided in CCP § 425.16(g) of the anti-SLAPP (strategic lawsuit against public participation) statute applies to discovery motions, including those already pending at the time the special motion to strike is filed, even though this term has a more narrow meaning in the California Civil Discovery Act, because such a narrow construction could very well thwart the legislative purposes of the anti-SLAPP statute. Nothing about the stay on discovery proceedings as provided at CCP § 425.16(g), interferes with the core judicial function of the essential power of the judiciary to resolve specific controversies between parties. Britts v. Superior Court (Cal. App. 6th Dist. Dec. 18, 2006), 145 Cal. App. 4th 1112.

In a contract dispute, trial court abused its discretion under CCP § 2024.020 by hearing an untimely filed motion to compel discovery without first deciding whether discovery should be reopened under CCP § 2024.050, based on factors including reasons for delay and relevance of the documents; equitable estoppel did not apply because opposing party’s words and actions did not cause the failure to meet the discovery motion cutoff date. Pelton-Shepherd Industries, Inc. v. Delta Packaging Products, Inc. (Cal. App. 3d Dist. Aug. 19, 2008), 165 Cal. App. 4th 1568.